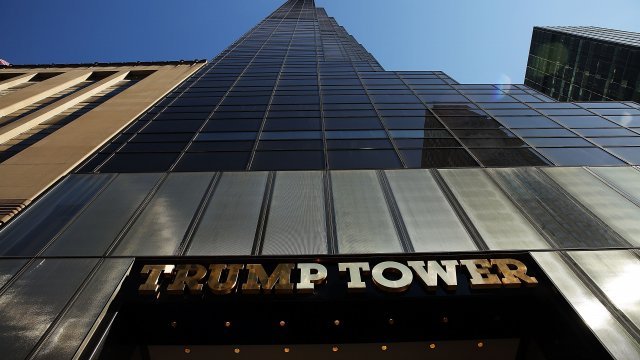 President Donald Trump accused Obama of wiretapping in March on Twitter, but provided no evidence for the accusation. He called the alleged act "McCarthysim" and Obama "a bad (or sick) guy."

In a court filing, the DOJ said it has no records related to that wiretapping. The order confirms what then-FBI Director James Comey told Congress in March.

He told the House intelligence committee: "The department has no information that supports those tweets."

The motion follows a lawsuit filed against the DOJ by watchdog organization American Oversight, asking for information related to any wiretapping at Trump Tower.

The motion comes as a different investigation continues: possible collusion with Russia by members of Trump's campaign in the 2016 election.

Trump also accused Obama of mishandling evidence of Russian interference. But he's expressed doubts about how involved Russia really was.