Dorian Heads Toward Carolinas As A Category 2 Storm 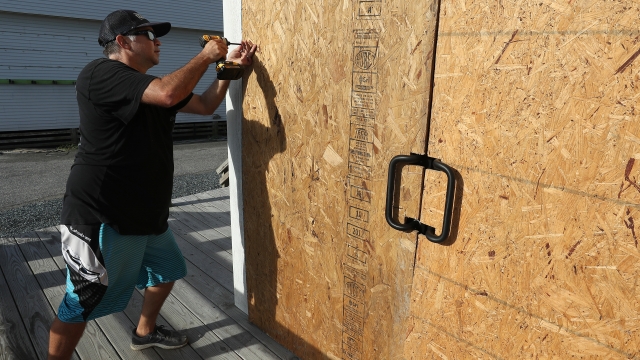 The storm could make landfall in North Carolina.

Hurricane Dorian has moved away from Florida, and the state is relatively unscathed. It now heads toward the Carolinas as a Category 2 storm with maximum sustained winds of 110 mph.

The storm was designated Category 3 on Wednesday night but downgraded on Thursday morning. In a Category 2 hurricane, wind speeds range from 96-110 mph. There's a possibility for extensive damage with this rating. Well-built frame homes could see major roof and siding damage, and older mobile homes could be totally destroyed.

The Carolinas are expected to bear the brunt of the remaining storm, with "potential life-threatening storm surge, winds, heavy rainfall and tornadoes." Some areas could see up to 15 inches of rain.

A tornado destroyed several homes in North Carolina on Thursday. Tornadoes are common during hurricanes, and while they tend to be short-lived, they can form with little or no warning. More than 240,000 people are without power in Georgia and the Carolinas. Duke Energy warned on Wednesday that more than 700,000 customers in the eastern Carolinas may lose power.

Meanwhile, Dorian's death toll in the Bahamas has climbed to 20, and officials expect that number to rise. The Bahamas' Prime Minister has called the storm's devastation unprecedented. It lingered over the archipelago, moving only 30 miles in 30 hours. And as a Category 5, it was strongest hurricane to ever hit the Bahamas. The country's government has sent hundreds of relief workers to the islands, including police officers and health care professionals. The Coast Guard has rescued 135 people and six pets so far.

On top of Dorian's threat, forecasters are monitoring several other tropical weather systems. They include a newly formed tropical storm in the Atlantic, which could become another hurricane. It isn't expected to threaten land, but it could cause problems for boats late next week.