Dozens Killed In Strikes On Eastern Ghouta In Syria 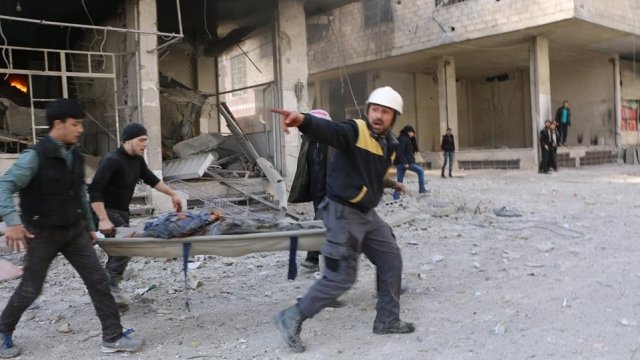 Dozens of people are dead in Syria's Eastern Ghouta after pro-government forces intensified attacks on the area late Sunday.

Dozens of people are dead in Syria's Eastern Ghouta after pro-government forces intensified attacks on the area late Sunday.

According to the British-based Syrian Observatory for Human Rights, shelling and airstrikes on the rebel-held area killed at least 98 people by Monday, including women and children.

And the Syria Civil Defense, also known as the White Helmets, said the bombing continued Tuesday, killing even more civilians.

Eastern Ghouta is a suburb of the capital, Damascus. It has faced relentless attacks by the Syrian government for months now, but Monday's death toll is reportedly the highest the area has seen in years.