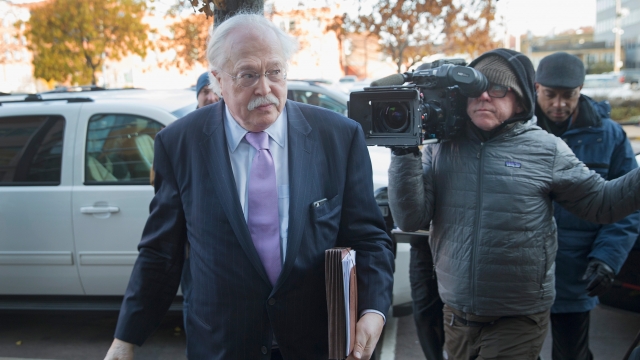 An expert hired by Jeffrey Epstein's family says his death may not have been a suicide.

Epstein was found dead in his jail cell on Aug. 10. He was accused of sexually exploiting and abusing dozens of underage girls. The New York City medical examiner ruled his death a suicide by hanging.

During an interview on "Fox and Friends" Wednesday morning, Dr. Michael Baden said the evidence uncovered during Epstein's autopsy deserves more investigation. Baden is a well respected forensic pathologist who was hired by Epstein's brother.

Baden witnessed the autopsy, and his case for considering homicide centers around three broken bones in Epstein's neck. He argues those three breaks are more frequently seen in strangulation than in hanging.

Baden also said tests on some additional evidence haven't been completed yet. Specifically, he mentioned the sheet that was found around Epstein's neck. If Epstein's death was, in fact, a homicide, Baden said investigators would likely find evidence of a suspect's DNA on that sheet.