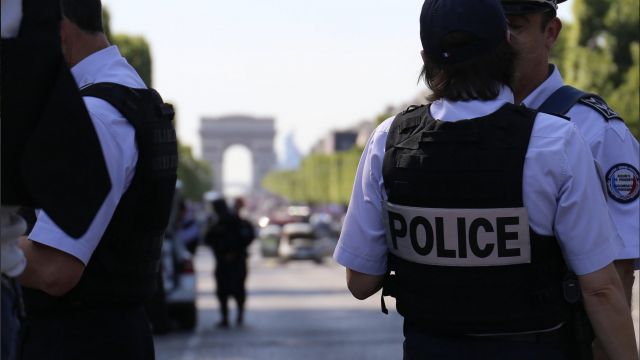 The driver was killed, but no one else was hurt in the attack.

An armed driver who plowed into a police van in Paris on Monday afternoon is dead, authorities say.

Photos from the scene posted by the Interior Minister show emergency crews along the Champs-Elysees. A driver reportedly intentionally drove a car full of explosives and weapons into a police squadron in the area. The car burst into flames on impact.

Police broke into the car and pulled the driver out. Authorities say the driver is now dead. French police say no officers or bystanders were hurt in the attack.

One person was arrested after a van plowed into a group of worshipers leaving a mosque in north London early Monday.

France has been under a state of emergency since the November 2015 terror attacks in Paris that killed 130 people.

There have been four other attacks on security officers in Paris since February.