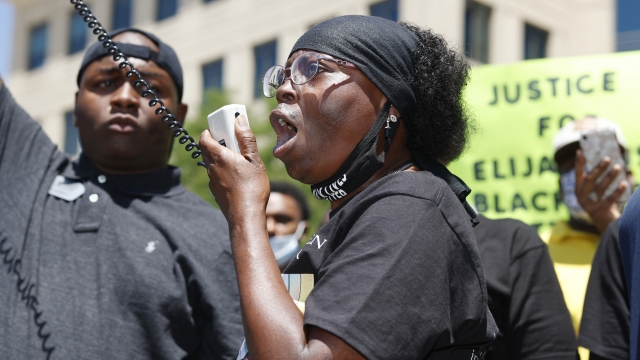 For a mother who has lost a child, seemingly everything is a reminder.

“I can see a fly, and I'll think of Elijah because he would catch him and put him outside of the house so we wouldn't kill them," said Sheneen McClain, Elijah McClain's mother. "I could cook something, and I'll be like, 'Elijah likes that.' So I think of Elijah every day, you know?”

For Sheneen McClain, who lost her son Elijah more than three years ago, the primary reminder is her ongoing fight for accountability.

"I'm still praying that they get sent to prison and that every last one of them are held accountable for my son's murder because they all had a part in it," she said.

It's been more than three years since the Aurora Police Department stopped Elijah McClain. He was ultimately handcuffed and given a deadly dose of the sedative ketamine.

Despite the finding, the death of Elijah McClain, a 23-year-old massage therapist, was still listed as undetermined, not a homicide.

Three Aurora police officers and two paramedics were criminally charged in his death, each facing one count of manslaughter and one count of criminally negligent homicide.

Friday, after several delays, the suspects appeared in court for their arraignment — all pleading not guilty to the charges against them.

In the years since Elijah McClain’s death, officials in the state have taken action.

In 2020, Colorado passed an expansive police reform law. In 2021, the governor signed a law restricting the use of ketamine by law enforcement.

That same year, the city of Aurora entered into a consent decree to reform the local police department and settled with the McClain family to the tune of $15 million.

But for Sheneen McClain, it's too little, too late.

“You saw the settlement," she said. "They couldn't give me my son back, so they settled for the money. There's no justice available to me, for my son, because he's not alive.”

As three potential trials loom, Sheneen McClain says she’s not nervous and that Elijah’s legacy is a good one, no matter the outcome.

"Elijah is my hero, you know, he's literally my hero," she said. "Elijah's legacy is being mindfully kind to other people.”