President Erdogan: Turkey To Open Embassy To Palestinians In Jerusalem 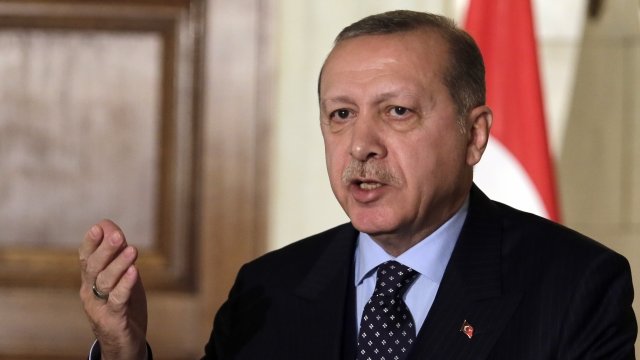 At a summit of Muslim world leaders, Turkey's president called Jerusalem "the occupied capital of Palestine."

After pushing for other countries to do the same, Turkish President Recep Tayyip Erdoğan said his country would open an embassy to the Palestinians in East Jerusalem.

His announcement comes after Turkey hosted a summit of Muslim world leaders. Erdoğan has criticized President Donald Trump's decision to recognize Jerusalem as Israel's — and only Israel's — capital, despite Turkey and the U.S. being close allies.

Israel struck two alleged terrorist military posts after a rocket from Gaza was aimed at Israel but missed.

After the summit, the group issued a a resolution declaring East Jerusalem "the capital of the State of Palestine" and calling on other world leaders to follow suit.

But here's the thing: Israel controls all of the city. Erdoğan said Turkey already has an ambassador in Jerusalem and that "the day is close when officially ... we will open our embassy there."