The EU Just Hit North Korea With More Sanctions — But Will They Work? 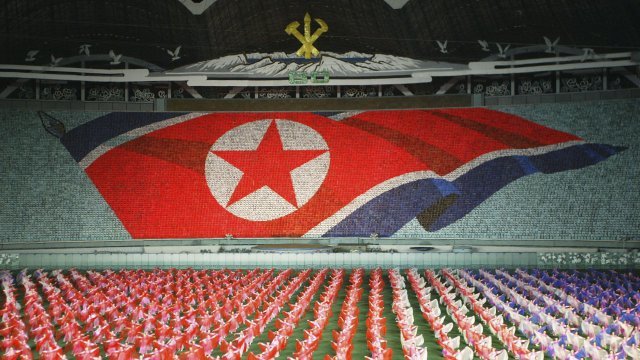 The sanctions against North Korea continue to stack up. The European Union levied an additional round of sanctions on the country Monday.

Foreign ministers decided to ban EU investment in North Korea and the sale of refined petroleum products and crude oil.

The EU also decided not to renew work permits for North Koreans and significantly reduced the amount of money people can send to the country.

These latest measures go further than previous sanctions imposed by the United Nations but are also part of the international effort to discourage the country's nuclear weapons development.

The U.N. has issued two harsh rounds of sanctions since August to target North Korean exports like iron, coal, textiles and oil.

Sanctions are nothing new for the country. U.N. sanctions began in 2006 after North Korea conducted its first nuclear test, and then again in 2009 and 2013. The U.S., Japan and South Korea have independently issued sanctions.

Most recently, the U.S. Treasury Department blacklisted a number of North Korean banks and individuals to further weaken the nuclear program's funding.

Despite all these actions, the country has still launched 22 missiles since February.

In order for sanctions to be effective, all member countries need to be on board. In the case of the U.N., this usually means convincing North Korea's major trading partners, China and Russia, to comply.

But North Korea has become skilled at evading these sanctions by trading covertly. Deterring its nuclear program through sanctions alone will be difficult; the country views nuclear weapons as vital to its national security.