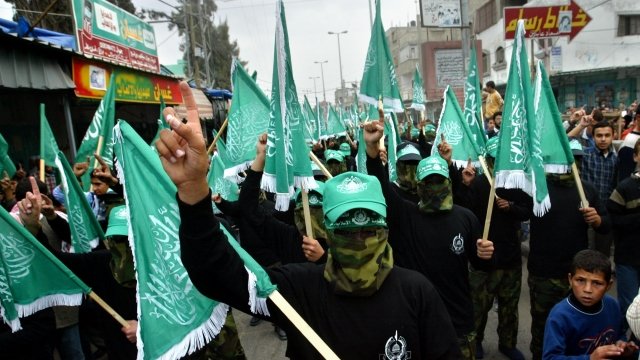 The European Union's highest court is, in effect, keeping Hamas on its terrorist blacklist after a lower court moved to have it taken off.

Hamas is a Palestinian militant Islamist group. Its 1988 charter showed one of its goals was the destruction of Israel.

The EU put Hamas on its terror list in 2001. Doing so froze the group's assets within the union. But in 2014, the EU's General Court nullified restrictions against Hamas.

Hamas, Which The US Considers A Terror Group, Elects A New Leader

Hamas elected a new leader the same week it released an updated, less radical statement of its policies.

It said the evidence that was used against the group in the first place came from the media and the internet, not competent authorities.

The General Court did decide to keep Hamas' assets frozen until any appeal was finished.

The EU's Council appealed to the Court of Justice, which in late July decided the General Court had made a mistake in its ruling.

The Court of Justice ruled the General Court didn't look into all the facts and arguments back in 2014, and it's sent the case down to the lower court once more.

Beyond carrying out attacks on Israeli targets, Hamas has controlled the Gaza Strip for roughly a decade.

Israel has kept Gaza under a blockade, which the UN has called a humanitarian concern for people living there.