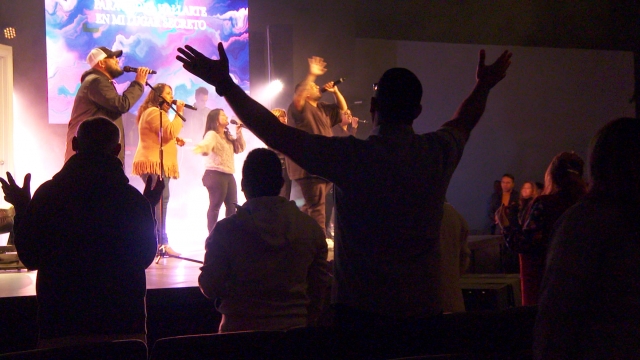 For decades, the politics of the Rio Grande Valley were a constant shade of blue. But like the river that separates Texas from Mexico, the hue may be getting more mixed and divided, especially by faith.

City Church in Harlingen, Texas, is an evangelical church actively encouraging its flock to be militant about politics.

"I want you to wake up to that perverted mentality! How can you let a 5-,6-,7-,8-year-old boy wait to tell him what gender he is!" said Pastor Luis Cabrera.

Rachel and Veronica Yanez called themselves reliable Democrats until 2016.

"My personal opinion, they're off from what the Hispanics actually believe, you know, or about family, faith and being there 100%. You know, and I see that more aligned with the Republican party," said Rachel Yanez.

"And there's just a lot of, I guess, weird things going on in the world and it's just that makes more sense, like voting conservative, voting God," said Veronica Yanez.

The sisters say Cabrera, their pastor, mobilized them to vote — and vote Republican.

"We even had a a voting registration booth at our church many times," Cabrera said.

Cabrera is a spiritual adviser to former Republican Rep. Mayra Flores, who lost her election bid in the Texas 34th congressional district, but says she’ll compete for the seat again next cycle as the electorate becomes less reliably Democratic.

"They have forgotten who we are here in South Texas. They've taken us for granted," Flores said.

"What it comes down to is that the Latinos here in South Texas are about faith, family and freedom," De La Cruz said.

Cabrera, like his advisee, doesn’t hesitate to mix his religion with politics and he’s unapologetic about it.

"I'm not under the IRS code. And so I'm free. I pay taxes just like everyone else — our church pays taxes. When we go buy stuff for our church, we pay taxes. And so that gives us the freedom to engage in this political arena where pastors don't really get engaged," Cabrera said.

In 2016, Hillary Clinton nearly swept counties along the Texas-Mexico border by an average of 33 points. Contrast that with 2020, where Donald Trump won 14 of the 28 of those counties. And in those counties that voted for Democrat Joe Biden, the margin of victory was nearly halved. One explanation why may be religion.

The Census of American Religion shows that in the heart of the Rio Grande Valley, where Cabrera’s church is, around 1 in 5 identify as protestant. It's a group that’s twice as likely to identify as Republican than Democrat.

"In liberation theology, the Catholic church opted for the poor, but the poor themselves opted for Pentecostalism," said Andrew Chesnut, a religious studies professor at Virginia Commonwealth University.

Chesnut literally wrote the books on protestantism’s inroads among traditionally Catholic Latin America and Latinos in the U.S. 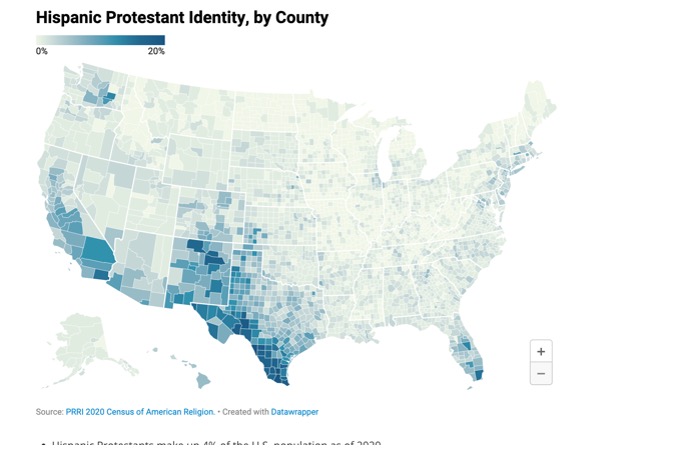 And to see what’s driving this change, we spoke to one of the premier leaders in the Latino evangelical movement, who is outspoken about life and politics in two languages.

"The Democratic party went off the rails, like literally abandoned the Latino community, completely abandoned us, our values. We are faith and family and freedom," said Rodriguez, president of the National Hispanic Christian Leadership Conference.

He says Democrats are losing sway, especially among his congregation.

"Are the Republicans perfect? Heck no. So Latinos are going. We're going to reluctantly go this way. They do line up more with our faith values, Pentecostals, Evangelicals. We wish Republicans were more compassionate with the immigrant," Rodriguez said.

Gov. Abbott and other Republicans say the law expands access to voting, but it also puts new restrictions on 24-hour polling and drive-thru voting.