Ex-Cop Who Kneeled On George Floyd's Back Gets 3.5-Year Term 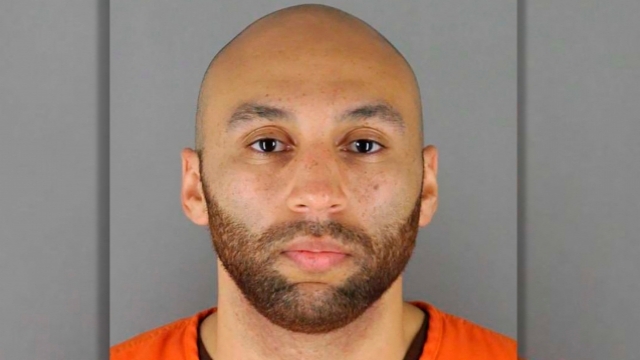 J. Alexander Kueng was sentenced Friday to 3 1/2 years in prison

The former Minneapolis police officer who kneeled on George Floyd's back while another officer kneeled on the Black man's neck was sentenced Friday to 3 1/2 years in prison.J. Alexander Kueng pleaded guilty in October to a state count of aiding and abetting second-degree manslaughter. In exchange, a charge of aiding and abetting murder was dropped. Kueng is already serving a federal sentence for violating Floyd's civil rights, and the state and federal sentences will be served at the same time.Kueng appeared at the hearing via video from a federal prison in Ohio. When given the chance to address the court, he declined.

The Push For Police Reform On 2nd Anniversary Of Floyd's Death

With credit for time served and different parole guidelines in the state and federal systems, Kueng will likely serve a total of about 2 1/2 years behind bars.Floyd's family members had the right to make victim impact statements, but none did. Attorney Ben Crump, who has represented the family, said in a statement before the hearing that Kueng's sentencing "delivers yet another piece of justice for the Floyd family. ""While the family faces yet another holiday season without George, we hope that moments like these continue to bring them a measure of peace, knowing that George's death was not in vain," he said.Floyd died on May 25, 2020, after former Officer Derek Chauvin kneeled on Floyd's neck for 9 1/2 minutes as Floyd repeatedly said he couldn't breathe and eventually went limp. The killing, which was recorded on video by a bystander, sparked worldwide protests as part of a broader reckoning over racial injustice.

Kueng kneeled on Floyd's back during the restraint. Then-Officer Thomas Lane held Floyd's legs and Tou Thao, also an officer at the time, kept bystanders from intervening. All of the officers were fired and faced state and federal charges.As part of his plea agreement, Kueng admitted that he held Floyd's torso, that he knew from his experience and training that restraining a handcuffed person in a prone position created a substantial risk, and that the restraint of Floyd was unreasonable under the circumstances.Matthew Frank, who led the prosecution for the Minnesota attorney general's office, said repeatedly during the hearing that Floyd was a crime victim and that the prosecution "focused on the officers" who caused his death. He added that the case was not meant to be a broader examination of policing, but added that he hopes it will reaffirm that police officers cannot treat those "who are in crisis as non-people or second-class citizens.""Mr. Kueng was not simply a bystander that day. He did less than what some of the bystanders attempted to do in helping Mr. Floyd," Frank said.Kueng's attorney, Thomas Plunkett, on Friday blamed the Minneapolis Police Department's leadership and a lack of training for Floyd's death. He accused Medaria Arradondo, the police chief at the time Floyd was killed, of failing to implement training to encourage officers to intervene when one of their colleagues is doing something wrong.

A former warden says being a former police officer with a high-profile case puts them at risk behind bars.

"Mr. Kueng, the rookie, sits in prison one year for every day he served the city," Plunkett said, referring to the three years he will spend behind bars.He added: "Justice has become nothing more than mean-spirited revenge."Kueng's sentencing brings the cases against all of the former officers a step closer to resolution, though the state case against Thao is still pending.Thao previously told Judge Peter Cahill that it "would be lying" to plead guilty. In October, he agreed to what's called a stipulated evidence trial on the aiding and abetting manslaughter count. As part of that process, his attorneys and prosecutors are working out agreed-upon evidence in his case and filing written closing arguments. Cahill will then decide whether he is guilty or not.If Thao is convicted, the murder count — which carries a presumptive sentence of 12 1/2 years in prison — will be dropped.Chauvin, who is white, was convicted of state murder and manslaughter charges last year and is serving 22 1/2 years in the state case. He also pleaded guilty to a federal charge of violating Floyd's civil rights and was sentenced to 21 years. He is serving the sentences concurrently at the Federal Correctional Institution in Tucson, Arizona.Kueng, Lane and Thao were convicted of federal charges in February: All three were convicted of depriving Floyd of his right to medical care and Thao and Kueng were also convicted of failing to intervene to stop Chauvin during the killing.Lane, who is white, is serving his 2 1/2-year federal sentence at a facility in Colorado. He's serving a three-year state sentence at the same time. Kueng, who is Black, was sentenced to three years on the federal counts; Thao, who is Hmong American, got a 3 1/2-year federal sentence.