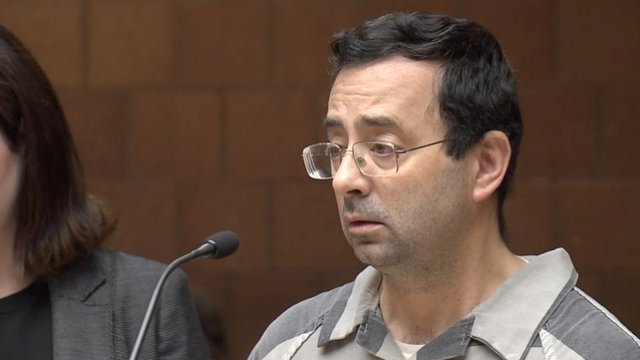 Dr. Larry Nassar entered his plea during a court hearing in Michigan. He now faces at least 25 years behind bars.

Nassar entered his plea during a court hearing in Michigan on Wednesday. He now faces at least 25 years behind bars.

Olympic gymnasts Aly Raisman, McKayla Maroney and Gabby Douglas are among the dozens of women who have come forward to make accusations against Nassar.

The Pixar co-founder has apologized for "missteps" after sexual misconduct allegations came to light.

He worked with USA Gymnastics and Michigan State University for nearly three decades before he was fired.

Earlier this year, Nassar also pleaded guilty to federal child pornography charges. His sentencing for the federal case is scheduled for later this month.