Experts Warn America's Power Grid Could Be Next Cyberattack Target 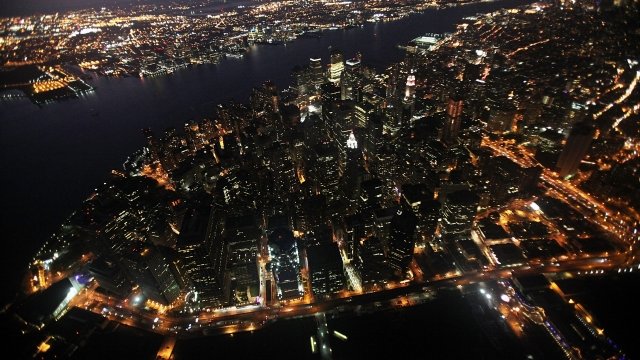 A group of U.S. senators are urging the president to make moves protecting the nation's power grid.

As investigations are underway on Russian hacking to influence the 2016 election, cybersecurity experts warn: It could get worse.

Hackers have targeted energy companies in Ukraine, disrupting power grids and leaving over 200,000 people in the dark. At the same time, Russia was backing a ground war in eastern Ukraine. When Newsy visited the country earlier this year, Ukrainian Parliament member Nataliya Katser-Buchkovska told us an attack on the power grid is one of many methods used to destabilize Ukraine.

"This is meant to destabilize, to make Ukraine weaker," Katser-Buchkovska said. "There were some cyberattacks on our power plants and a lot of informational propaganda. So this is a combination of tools to make Ukraine weaker. This war needs different responses. We are trying to secure our energy supply, to diversify our energy sources to defend our critical infrastructure from cyberattacks."

Researchers say the hacker group dubbed "Electrum" is tied to the Russian government. Robert Lee is the chief executive of Dragos, the cybersecurity firm that studied the attacks in Ukraine.

"There's a huge national security impact to a foreign adversary doing something like that to our grid, doing something to our major cities," Lee said. "Tell me that life doesn't change if New York, Houston and Washington, D.C., going out of power for even six hours as the result of a foreign power. That's something that we have to figure out how to respond to not only technically, but also diplomatically and international relations."

A group of Democratic U.S. senators is urging President Donald Trump to take potential attacks on the U.S. power grid seriously. In a letter to the president, they say, "We are deeply concerned that your administration has not backed up a verbal commitment prioritizing cybersecurity of energy networks and fighting cyber aggression with any meaningful action."

Getting the president to acknowledge — let alone do something about Russian threats — has been nearly impossible.

"It is his duty, President Trump's, to be skeptical of Russia. It's his duty to investigate and defend our country against a cyber offensive because Russia is our most dangerous adversary in the world today," Former U.S. Ambassador to NATO Nicholas Burns said in congressional testimony. "And if he continues to refuse to act, it's a dereliction of the basic duty to defend the country."

And a power grid is just one piece of American infrastructure that could be targeted.

"Then you start adding other systems," Lee said. "'Could I attack a gas pipeline leading to the electric system while also tackling water filtration and waste management facilities nearby?' It increases the complexity of what the adversaries have to do considerably, but then you start designing scenarios that we don't have full training or preparation for. I think there is an overall narrative there that's building about a very aggressive adversary that we do need to take seriously."