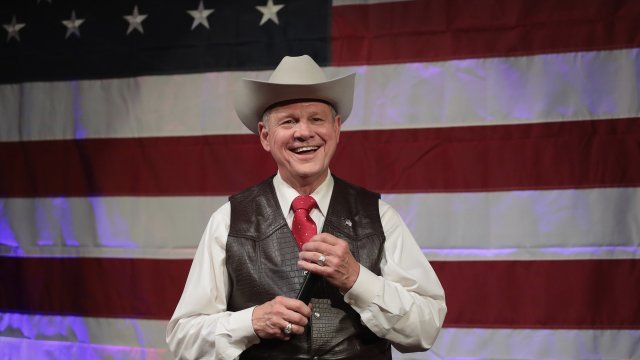 Alabama will vote to replace its former senator Jeff Sessions, who left his seat to become attorney general. Strange was picked to replace Sessions before the election. He'll have to step down after the election.

The NFL and many of its players responded to President Trump's criticism of national anthem protests and league safety initiatives.

Strange was backed by GOP establishment figures, including President Donald Trump himself.