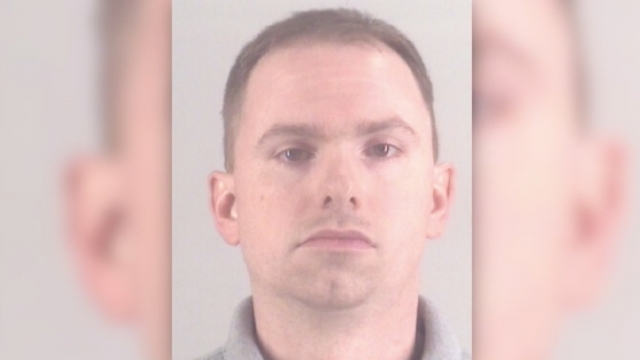 At 2:23 a.m., Atatiana Jefferson's neighbor called a non-emergency number for police to perform a wellness check. By 2:30 a.m., Jefferson was dead.

A Fort Worth police officer is facing a murder charge after he allegedly shot and killed a woman in her home on Saturday. Fort Worth Police Chief Ed Kraus said the officer, Aaron Dean, resigned Monday morning before he was going to be fired.

Dean is booked in the Tarrant Country Correction Center on a $200,000 bond.

Family and friends of Atatiana Jefferson are demanding answers for her death. Jefferson was playing video games with her nephew. At 2:23 a.m., her neighbor, James Smith, called a non-emergency phone number after he noticed Jefferson's front door was open. By 2:30 a.m., Jefferson was dead.

Bodycam footage released by the police department shows officers outside Jefferson's home. They do not appear to announce themselves. At one point, the officer who fired the shot looks through a window. The footage doesn't clearly show what's inside the house, but police say the officer "observed a person standing inside the residence near a window." The video shows the officer yelling, "Put your hands up, show me your hands," before firing one shot into the room.

"The officer did not announce that he was a police officer prior to shooting. What the officer observed and why he did not announce police will be addressed as the investigation continues," Fort Worth Public Information officer Lt. Brandon O'Neil said.

The Fort Worth Police Department issued a news release Saturday, saying it would be as transparent as possible throughout the upcoming investigation. It said, "the Fort Worth Police Department shares the deep concerns of the public and is committed to completing an extremely thorough investigation of this critical police incident to its resolution."

In the edited police bodycam footage, it shows images of a gun officers found in the room Jefferson was shot in. Police have not stated whether or not Jefferson was holding the gun at the time of the shooting.

People have said that police showing the gun is an attempt to "villainize" Jefferson. One of those people is Lee Merritt, the Jefferson family's attorney.

Merritt is the same lawyer who represents the family of Botham Jean, the unarmed black man from Dallas killed in his own apartment when an off-duty officer shot him. He said, "we don't think that Fort Worth Police should be investigating it on their own," and is concerned the Fort Worth Police Department would be "turning her into a suspect, a silhouette, or threat."

Smith, Jefferson's neighbor, expressed regret for making the call for a wellness check. "I called because I was concerned for my neighbor's safety and wellbeing. I feel guilty because, had I not called the Fort Worth Police Department, my neighbor would still be alive today."

O'Neil did confirm that Jefferson's eight year-old nephew was in the room when she was killed.