France To End State Of Emergency With Controversial Anti-Terror Law 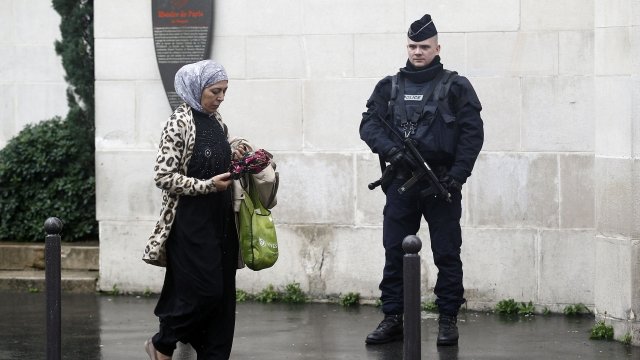 A new anti-terror law has been signed in France — one that human rights advocates say just makes the state of emergency permanent.

France is ending a nearly two-year state of emergency, but the controversy behind its counterterrorism measures isn't going away.

Under the new law, enforcement agencies get extended powers to search homes, shut down religious sites and conduct identity checks without a court order.

There was a 13 percent increase in police recorded crime in England and Wales, but that statistic goes beyond just terrorist incidents.

However, the Independent notes a judge's permission is required for police to carry out certain measures.

France's interior ministry says it prevented 32 terror attacks during the state of emergency — 13 so far this year.

But critics argue the anti-terror law will allow discrimination against France's Muslim minority.

Human Rights Watch called out abuses against Muslims early on during the state of emergency. And this summer, it called on the French government to not make emergency security measures permanent.

Macron says the new law will be evaluated within two years.