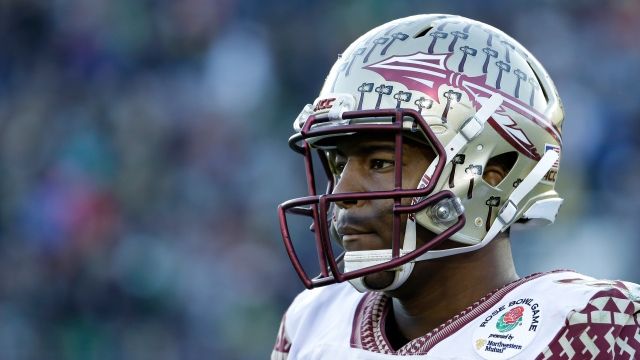 Florida State University has settled a lawsuit with Erica Kinsman for $950,000. Kinsman accused then-FSU quarterback Jameis Winston of rape in 2012.

According to USA Today, which broke the story, this is the largest lump-sum settlement ever "for Title IX claims regarding indifference to a student's reported sexual assault." (Video via Florida State University)

"We've carefully examined all the evidence in this case and have concluded that no charges will be filed against anyone in this case," former State Attorney of Florida Willie Meggs said in a 2013 press conference.

The state of Florida declined to press charges against Winston in 2013 after investigating Kinsman's claim, but a follow-up investigation by The New York Times raised some serious questions about potential errors in the state's inquiry.

While the lawsuit filed by Kinsman is now settled, FSU still faces an investigation by the U.S. Department of Education, which started looking into the university's handling of sexual assaults in 2014, along with several other institutions around the country.

Along with the $950,000 payout, the settlement with Kinsman includes a five-year commitment from FSU to conduct training and sexual violence prevention programs, as well as release annual reports on those programs.