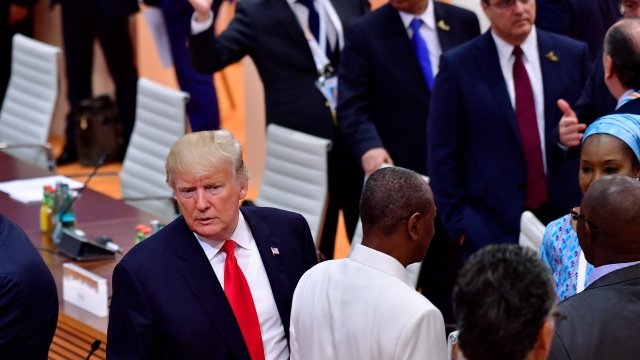 Nineteen of the Group of 20 agree on climate change, which set the U.S. apart from the world's other leading economic and developing nations.

In a declaration from the meeting, the rest of the leaders called the agreement "irreversible." The group notes the U.S. withdrew from the agreement but that the country "affirms its strong commitment" to lowering emissions — as long as the approach supports economic growth and improves "energy security needs."

The declaration also mentions free trade, which goes against Trump's "America First" ideology. The group said it "will keep markets open" and "continue to fight protectionism."

By Ryan Remiorz / The Canadian Press via AP
3:36