Even More Creepy Clown Sightings Have Been Reported Down South 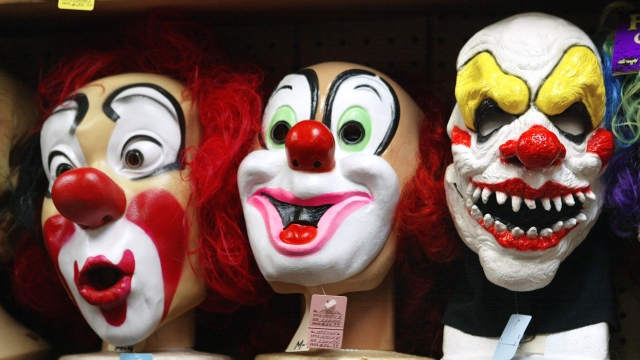 A group of children in Macon, Georgia, said several people wearing clown masks chased them on the way to school.

Just this week, a group of children in Macon, Georgia, said several people dressed in clown masks chased them on their way to school.

Police say none of the children reported making physical contact with the clowns but that they were still pretty shaken up.

"We'd like to find out who they are because we don't want them giving small children impressions that clowns are scary," Bibb County Sheriff's Office Lt. Randy Gonzalez told WMGT.

Authorities say several adults also saw them around town, but the clowns were gone before officers could get there.

It's unclear if the sightings in Macon are related to another incident in nearby Dublin, Georgia.

The police chief there says several people have said they've seen clowns. One person reportedly got into a car accident because a clown was in the road.

Reports similar to these surfaced last month in South Carolina.

Children in Greenville say clowns were wandering around an apartment complex and trying to lure them into the nearby woods.

"There were clowns running in the woods telling the kids that they had candy and they would give it to them if they came there," one child told WSPA.

And from there, even more clowns were spotted in North Carolina in Winston-Salem and Greensboro in early September. But police say at least one of those reports was false.

Police in all three states have yet to make any arrests in connection with the sightings.