Georgia Secretary Of State Speaks To Newsy Ahead Of Senate Runoff 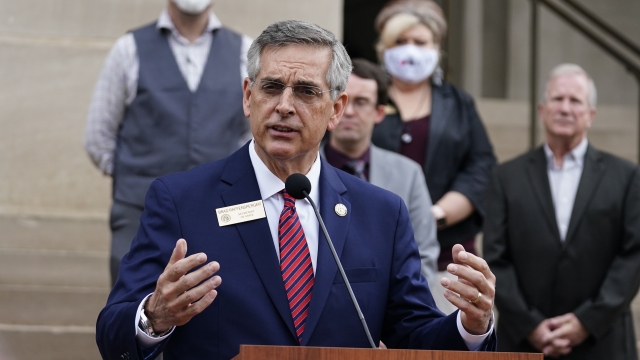 This year, Brad Raffensperger won reelection by the largest margin of victory in any of Georgia's midterm races.

Tuesday is Election Day in Georgia.

Democrats are hoping to add to their majority, while Republicans want a 50-50 split.

Although Democrats have already secured control of the Senate, this final seat is still important for a few reasons.

A win for Warnock would put Democrats in charge of all committees, giving them more power to investigate whatever they want. If Republicans win, they'll get a say on what investigations or hearings happen. A Republican win would also make it easier to block legislation from the Democrats, initiatives and judicial nominees by President Joe Biden.

The Georgia Secretary of State's Office says nearly 1.9 million people have already cast their ballots during the early voting period.

Georgia Secretary of State Brad Raffensperger has been at the helm of the state's elections since 2019. Since then, he's overseen several changes to the election process and infrastructure.

But as you may recall in 2020, he came into the national spotlight after the presidential election, when former President Donald Trump and his allies spread false claims about widespread voter fraud in Georgia.

Trump even called the secretary and asked him to "find votes" in a now infamous phone call.

Raffensperger and his team — all Republicans — stood up against Trump, conducted a full audit and disproved the claims.

Raffensperger joined Newsy to talk more about the Senate runoff and election integrity.