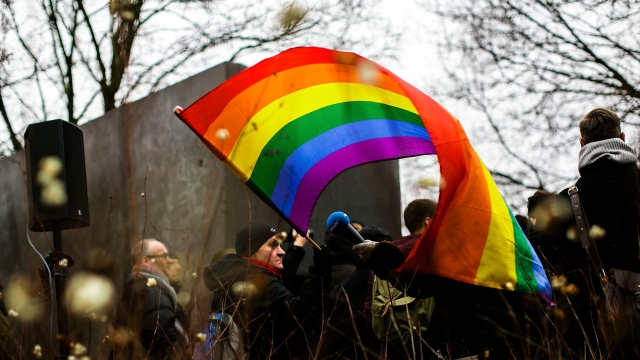 Thousands of men were convicted of homosexuality after World War II under legislation known as Paragraph 175.

Germany's Cabinet backed a bill that could pardon thousands of men who were convicted of homosexuality after World War II.

The statute prohibiting acts of "unnatural indecency" between men was first introduced in the German Empire in 1871.

It was rarely enforced until Adolf Hitler's Nazi regime broadened Paragraph 175 in 1935 to include virtually any contact between two men.

Almost 78,000 men were arrested under the broader statute leading up to World War II. After the war began, thousands more were interned in concentration camps.

Homosexuality was decriminalized in East Germany in 1968. It was relaxed a year later in West Germany. But it wasn't until 1994, after the country unified, that Paragraph 175 was completely repealed.

If the bill gets passed, men who were convicted and are still alive will receive a lump sum of $3,236 and an additional $1,618 for each year they were in prison.

The Lesbian and Gay Federation in Germany said in a press release that it "welcomes the fact that, after long decades of ignorance, finally, the right-wing political consequences are drawn from the serious and massive human rights violations committed by homosexuals by the democratic state."

Back in January, the U.K. government posthumously pardoned thousands of gay and bisexual men who were found guilty of homosexual crimes that no longer exist.

The German Parliament still needs to approve the bill before it can take effect.