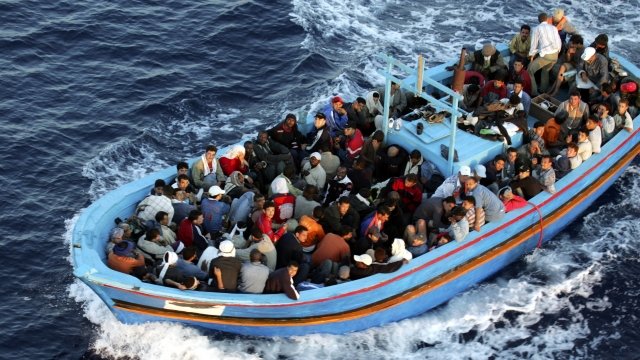 Depending on how much temperatures rise, the EU could see as many as 660,000 more asylum seekers a year.

The European Union sees about 351,000 asylum applications a year. Climate change could increase that number by hundreds of thousands of people.

That's according to a new study out Friday that estimates the number of people applying for asylum in the EU could reach as high as 660,000 additional people a year by the end of the century.

The researchers found when average temperatures get hotter or colder than 20 degrees Celsius, asylum applications go up in the EU. The effect is more pronounced when countries get hotter.

Research Shows Climate Changes That Only Humans Could Cause

The scientists were able to use that information to predict what a hotter future might look like for Europe. The 660,000 additional asylum seekers is what the situation could look like if emissions continue at the rate they're at now.

But if the world manages to keep warming limited to 2 degrees Celsius above pre-industrial levels, then the EU is likely to only see an additional 98,000 asylum seekers per year.