Research Shows Climate Changes That Only Humans Could Cause 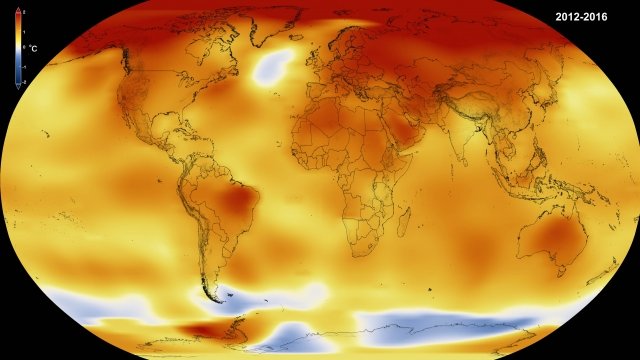 A new report from the American Meteorological Society finds in 2016, Earth saw the first extreme weather events explicitly due to human-driven climate change.

Scientists said the only reason we're seeing these changes is because of greenhouse gases we've added to the atmosphere. A natural climate simply wouldn't get this extreme.

But there is good news. These findings don't represent a point of no return. Of the 27 relevant studies from 2016, only some showed that humans were directly responsible for climate shifts.

2017 Will Be One Of The Costliest U.S. Natural Disaster Years Ever

2017 has seen some of the most frequent and most expensive climate disasters ever — and the year isn't over.

But researchers have identified a trend toward more extreme weather as the planet warms up. We've seen more billion-dollar disasters in recent years, and some research already shows climate change contributed to Hurricane Harvey's severe rainfall.