Trump Adds Another Goldman Sachs Veteran To His White House 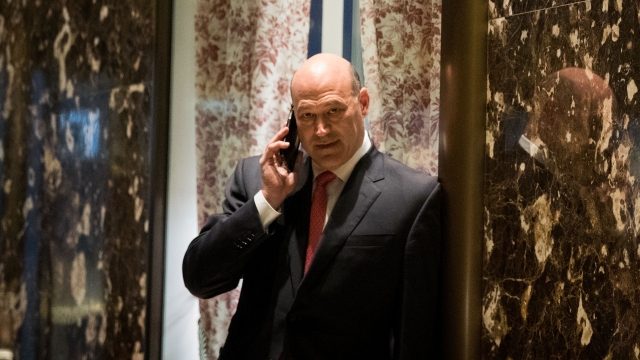 Gary Cohn is the current president and COO of Goldman Sachs. Now, he's the future head of the National Economic Council.

Another Goldman Sachs executive is joining the Trump administration.

Gary Cohn is the current president and chief operating officer of Goldman Sachs. Donald Trump tapped him to run the National Economic Council, which coordinates the president's economic policy.

Cohn said in a statement, "I share President-elect Trump’s vision of making sure every American worker has a secure place in a thriving economy, and we will be completely committed to building a nation of strength, growth and prosperity."

It's not an unprecedented move: Two former NEC directors under President Obama had ties to Goldman Sachs. But the pick might anger Trump supporters who rallied behind his calls to minimize Wall Street's influence in government.

SEE MORE: Will President Trump Have A Mandate? It Doesn't Really Matter