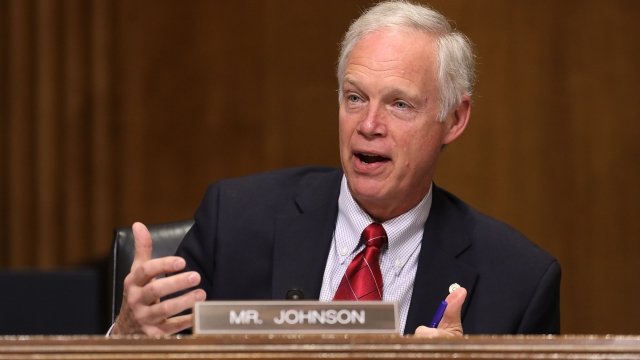 At least two other GOP senators are on the fence about whether or not they'll vote for the tax bill.

One Republican senator has spoken out against the party's tax overhaul bill, saying he wouldn't support the bill in his own chamber or the one in the House.

Sen. Ron Johnson staked out his position Wednesday, objecting to both tax bills in their current forms. He said they too heavily favored corporations while leaving small businesses and other entities behind.

The fight over state and local taxes could lead to an intraparty revolt.

Keep in mind, Republicans need 50 votes in the Senate to pass their bill under the rules of budget reconciliation. With the GOP holding only 52 seats, the loss of Johnson's vote put the bill on shaky ground.

Johnson is the first Republican to say he won't vote for the tax bill, but Sens. John McCain and Susan Collins were on the fence as of Wednesday afternoon.

Collins objected to the addition of a repeal of the Obamacare individual mandate in the Senate's version of the tax bill. She said she was concerned that mixing tax cuts with health care legislation would cause difficulty and make the final bill more controversial. She also said repealing the mandate could cause premiums to rise.

McCain has repeatedly called out members of his party for trying to advance legislation outside of regular order. He was ultimately the one who ended the GOP's effort to repeal and replace the Affordable Care Act. McCain said he wants to see the entire tax bill before he makes his decision.