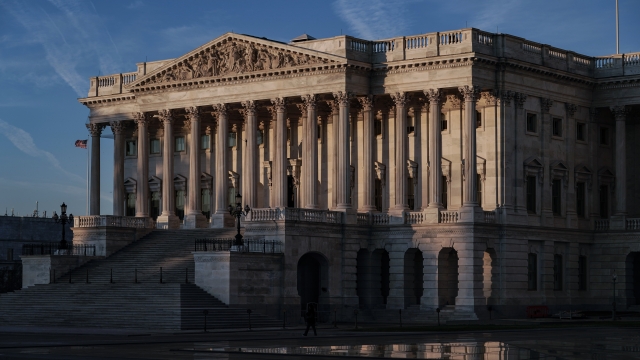 Republicans have many goals as they take control of the House, including ramping up oil production, cutting spending, and reducing Ukraine funding.

Republicans will take control of the House of Representatives, with big plans to address inflation, the border and wide-ranging investigations.

"On that very first day that we're sworn in, you're going to see it all change," Rep. McCarthy said. "I think the first thing you'll see is a bill to control the border first. You've got to get control over the border. We've had almost 2 million people just this year alone coming across."

Another top goal for Republicans is cutting spending.

Some GOP lawmakers are threatening to use a critical vote to raise the debt limit in order to leverage spending cuts, but top party leaders have stopped short of directly saying they'd cut entitlement programs.

"We've proposed strengthening and shoring up Medicare and social security, which are both, by the way, headed for bankruptcy if we do nothing," Republican Rep. Steve Scalise, House Minority Whip.

Republican leaders have vowed to defund portions of President Joe Biden's signature legislation the Inflation Reduction Act, specifically the law's increased funding for the IRS. Plus, aid to Ukraine could get reduced, with some Republicans calling for a complete stop to the funding in light of worsening inflation.

"It means no blank checks for anything, means no blank checks for any other policy," Rep. McCarthy said. "I think there has to be accountability brought forth." With the party margins in the Senate still razor thin, don't expect many of those bills to make it to President Biden's desk. The ones that do make it to the Oval Office could be killed with a stroke of a pen.

It's not just legislating that Republican lawmakers have their eyes on: With control of the House comes oversight power, and GOP-led committees will likely launch a slate of new investigations, including probes into the White House's COVID response, the troop withdrawal in Afghanistan, the FBI raid of Mar-a-Lago, Hunter Biden's business dealings and the Biden administration's border policies.

"We will give Secretary Mayorkas a reserved parking spot he will be testifying so much about this," Rep. Scalise said.

Some Republicans, like Marjorie Taylor Greene, have called for the impeachment of President Biden.

GOP leaders have sought to tamp down those aspirations, but a handful of lawmakers have hinted at impeaching cabinet officials, like Homeland Security Secretary Alejandro Mayorkas and Attorney General Merrick Garland.