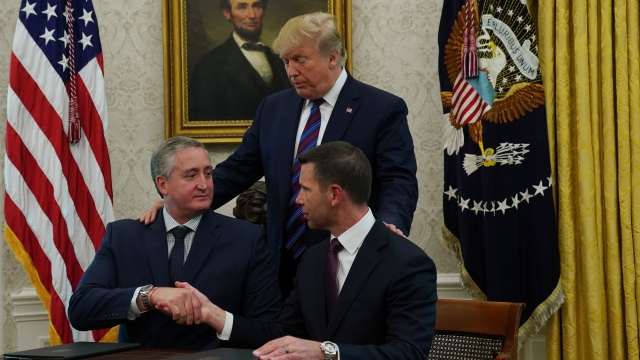 Guatemala's president was set to meet with U.S. officials about the deal last week, but the country's high court barred him from signing it.

The U.S. and Guatemala have reached an agreement on asylum-seekers.

Guatemalan President Jimmy Morales was scheduled to meet U.S. officials about the agreement last week, but the country's Constitutional Court issued an injunction to block him from signing it.

U.S. President Donald Trump told reporters Friday, "They're doing what we've asked them to do, and I think it's going to be a great thing for Guatemala."

The deal, known as the Safe Third Country Agreement, requires Central American asylum-seekers who pass through Guatemala to apply for protections there before going to the U.S.

President Trump previously said the U.S. would "do something very severe with respect to Guatemala," such as leveling tariffs, if the country didn't go through with the deal.