Guatemalan Kids Burned In Volcanic Eruption Arrive In US For Treatment 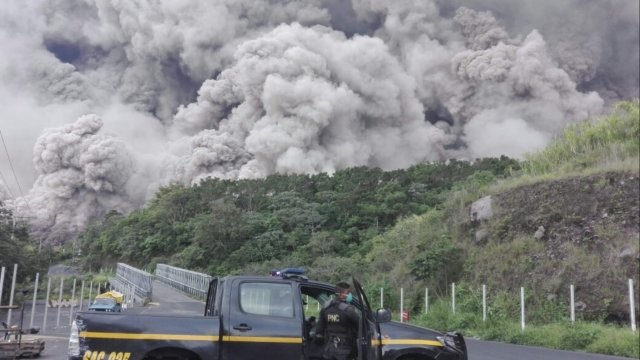 Shriners Hospitals for Children tweeted Thursday that six Guatemalan kids were being transported to its pediatric burn center in Galveston, Texas.

Some children who were severely burned following the recent eruption of Guatemala's Fuego volcano have been brought to the U.S. for treatment.

Shriners Hospitals for Children tweeted Thursday that six Guatemalan children had arrived and were being transported to its pediatric burn center in Galveston, Texas. Officials for the Florida-based charity previously said the children were in critical condition.

The volcano, which is about 25 miles southwest of the country's capital, erupted Sunday. It shot thick clouds of smoke and ash into the air and sent a river of lava flowing into several towns.

Officials told The Associated Press that at least 99 people are dead. That death toll is expected to rise, though, since nearly 200 people were still missing as of Wednesday.