Harvey Is Out, But Scandal Could Still Affect The Weinstein Co. 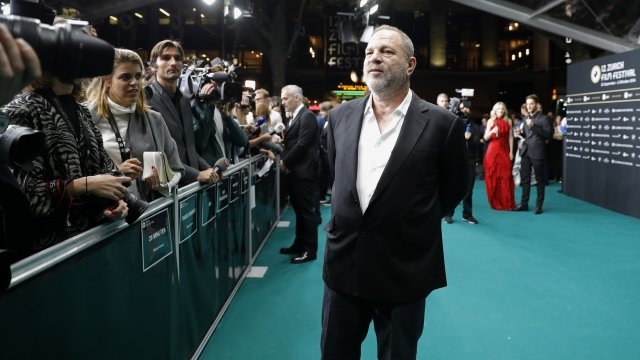 Harvey Weinstein was terminated after The New York Times reported a string of sexual harassment and assault allegations made against him.

Hollywood producer Harvey Weinstein is out of a job.

The Weinstein Co.'s board of directors fired its co-chairman Sunday. The termination came after a recent New York Times story detailed a string of sexual harassment and assault allegations against Weinstein.

He and his brother launched The Weinstein Co. in 2005. His brother, Bob Weinstein, is one of the board members who decided to fire Harvey.

Even though Weinstein is out as co-chairman, The Weinstein Co. could still face challenges stemming from this scandal.

It's been looking to sell at least part of its TV division for several years. (One of its biggest hits is "Project Runway" and its various spinoffs. That division was also behind the now-canceled "Marco Polo" series on Netflix.) But the allegations could make the offer to sell less attractive to potential buyers.

The Weinstein Co.'s box office sales have been sliding. "Lee Daniels' The Butler" in 2013 was its last film to gross more than $100 million domestically.

And the Weinstein allegations could affect ticket sales for its upcoming releases, including "Amityville: The Awakening" and "Paddington 2."

The board didn't say if Weinstein's termination affects his stake in the company.