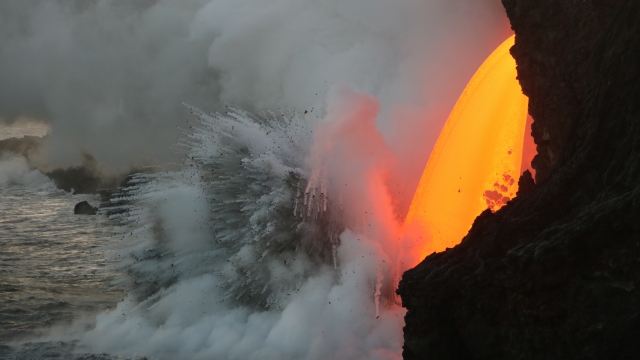 Hawaii's most active volcano is currently puking a ton of lava into the ocean.

Several acres of land collapsed at the Hawaii Volcanoes National Park in December and exposed a tube at the Kamokuna lava delta.

At that time, the lava was just a small stream. But toward the end of January, the Kilauea volcano started spewing a lot of lava — so much that the park dubbed it the "firehose."

The area around the lava "waterfall" has become a safety hazard. When the lava hits the ocean water, it causes explosions that can send rocks and shards of volcanic glass flying.

The national park has roped off a lot of the area from visitors. Still, park rangers have said people are crossing the lines and getting too close.

Officials aren't sure how long the volcano is going to continue to spew, but it doesn't appear to be letting up anytime soon.