Why Some States Are Refusing To Hand Over Voter Info 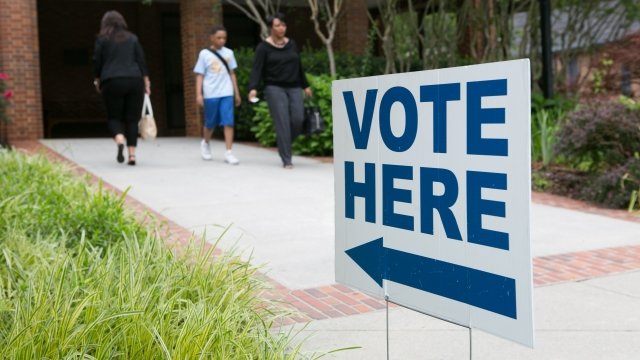 Dozens of states say they won't comply with the Trump administration's request for them to hand over private voter information.

A bunch of U.S. states say they aren't handing over voter information for the Trump administration's fraud investigation.

And they've had some choice words as to why.

The Presidential Advisory Commission on Election Integrity sent out information requests to the secretaries of each U.S. state. The panel wants information like addresses, voting history, the last four digits of Social Security numbers and felony convictions of citizens if it's publicly available.

Up to 44 states have refused to comply with parts or all of the request, arguing that turning over the information is a breach of privacy. Some have also pointed out that giving out information like party affiliation could be a violation of the Privacy Act of 1974.

Mississippi's Secretary of State Delbert Hosemann, a Republican, said in a statement that the commission can "go jump in the Gulf of Mexico."

A handful of other secretaries have refused because they say they believe supplying the information would play into President Donald Trump's widespread voter fraud narrative, which has been proved false.

Only Colorado, Missouri and Tennessee have applauded the commission's efforts to investigate voter fraud.

Correction: An earlier version of this story incorrectly said the Trump administration is seeking voters' Social Security numbers. The White House is seeking only the last four digits.