Holiday Movies Are As Loved As Ever, Especially On Hallmark Channel 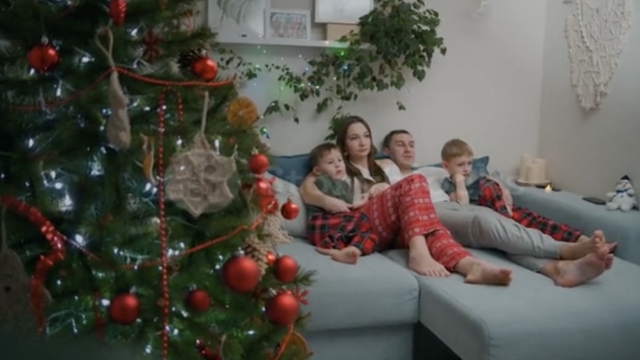 Rom-coms aren't as much a part of the box office as they used to be, but places like The Hallmark Channel are still churning out dozens each year.

It's always a similar story: A girl visits her hometown and reconnects with her childhood crush, a couple fakes a relationship for family appearances, or a local bakery is in danger of closing during the holidays.

It doesn't matter if a person has seen two or 20 holiday rom-coms, it's typically easy to predict what happens next. The warm, cozy and predictable films are an annual tradition for many, and this year, viewers have more than 170 new titles to choose from.

"The holidays between Thanksgiving, Christmas and New Year's is like the emotional Bermuda Triangle where everybody needs a bump... so I think that you seek out this type of thing," actor Ray Nicholson said.

"You want to relax and decompress... and you can just let your worries go away and just be happy with 'Something from Tiffany's,'" actress Zoey Deutch said.

"They just kind of portray love as... once you meet that person, that spark flies, the rest is history," actor Kendrick Sampson said.

Why Do We Hang Stockings Around Christmas?

Stockings are a Christmas decoration staple. But why do we hang these garments this time of year?

"Something From Tiffany's," starring Zoey Deutch, Kendrick Sampson and Ray Nicholson, tells the story of two couples and an engagement ring mix-up.

It debuted earlier this month on Amazon Prime Video, as one of the many new titles from streaming platforms hoping to compete with the king of holiday movies: Hallmark.

Hallmark is releasing 40 new holiday movies this year with all the signature quirks and tropes of the genre. While most of them celebrate Christmas, "Holiday Heritage" debuted as the company's first ever film about Kwanzaa.

As Hallmark competes with bigger platforms like Amazon, Hulu and Netflix, the company has been slowly diversifying its roster of holiday classics. It's celebrating Hanukkah in some of its films and featuring LGBTQ romances as well.

One of Hallmark's newest competitors is "Great American Family." Co-led by former Hallmark and "Full House" star Candace Cameron Bure, the network is sticking to Christmas for its core audience.

But despite all that competition, Hallmark still reigns. Since October, the channel has reached over 36 million viewers, becoming this season's most watched entertainment cable network among women.