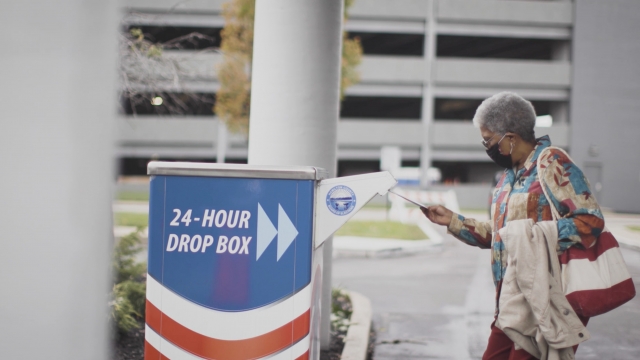 "The American people deserve a transparent, inclusive and healthy democracy, and H.R.1 will get us there," said Rep. Zoe Lofgren, chairwoman of the House Committee on Administration.

H.R.1, also known as The For The People Act, is a sweeping election reform bill Democrats hope to pass this Congress.

"H.R.1 came together, basically listening to all these grievances that people around the country have had for years about what's broken in our democracy," said Rep. John Sarbanes of Maryland.

Rep. John Sarbanes of Maryland introduced H.R.1 on the first full day of this Congressional session. Since then, every Democrat in the House has signed on as a co-sponsor.

"We've got a lot of reforms in here, to push back on the influence of big money, blow the whistle, when they're acting out of line, put transparency and disclosure in place, and lift up the power and voice of small donors in our system," said Sarbanes.

Republicans are largely opposed to the bill. GOP election officials led by Alabama Secretary of State John Merrill penned a letter calling it a "dangerous overreach" of the federal government.

According to a tally by the Brennan Center, over 950 bills impacting voting or elections have been introduced in state legislatures this year.

"We need to make sure that the authority for those election procedures are given to the states and not taken from the states. And so if a state wants to adopt practices, they need to be able to do so in a way that meets the needs of the residents of those states," said Merrill, who's co-chair of the GOP's election commission.

Sarbanes said he's not optimistic about getting Republican support, which makes Senate approval very difficult. But if the bill can make it to the White House, it does have President Biden's support.

Even if H.R.1 becomes law, Sarbanes said he expects the Republican pushback to continue.

"There will be challenges, legal challenges to H.R.1 from the same parties and actors that are trying to roll back voting in America. But we think that bill's pretty, pretty well anchored to pass muster against any legal challenge," said Sarbanes.