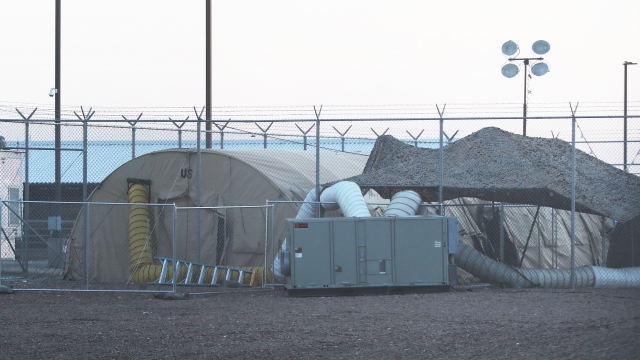 The House oversight committee held a hearing on the now-ended family separation policy and the treatment of migrant children.

The House Oversight Committee held a hearing Friday on the Trump administration's previous family separation policy and allegations of mistreatment of migrant children in detention facilities at the southern border.

Lawmakers testified about what they saw during recent tours to those areas amid concerns about serious overcrowding and deteriorating conditions.

"The fear in their eyes won't be forgotten, Mr. Speaker. But the suffering in these illegal camps cannot be forgotten," Rep. Rashida Tlaib said. "Imagine traveling thousands of miles in grueling and dangerous conditions because you have no other option, only to be separated from your family, from your children, thrown into overcrowded cages, denied a shower, toothbrush, and yes, Mr. Chairman, drink water out of a toilet, if you're thirsty."

Earlier Friday, the panel released a new report outlining relevant findings based on federal agency data. Among other items, the report found that at least 18 migrant children under the age of 2 were separated from their parents at the border for up to six months.

"I was, and I remain shaken to my core by what I witnessed at Clint. I have three children of my own. They are 3, 6 and 9. I do not have the words to explain to them what is happening to children their age in America right now," said Elora Mukherjee, a clinical professor of law at Columbia Law School. "Families belong together, children belong free and with their loved ones. That is what is required by our Constitution, by our federal laws and by our basic humanity."

The committee also heard from the acting inspector general of the Department of Homeland Security. That office recently issued a report highlighting details from an unannounced visit to one of the holding facilities. It noted that children were denied hot meals and adults were forced to stand amid "serious overcrowding and prolonged detention."

"These issues pose a serious and imminent threat to the health and safety of both DHS personnel and detainees and require the department's immediate attention and action," said Jennifer Costello, Acting Inspector General for the Department of Homeland Security.

The committee's chairman, Rep. Elijah Cummings, speculated that the former family separation policy caused the children psychological damage that may last "until they die."

Some panel Republicans, like Rep. Andy Biggs, underscored the need for change, resources and funding. Biggs point out that he urged action months ago after trips to the Arizona-Mexico border "because the circumstances were horrible."

HHS says 52,000 unaccompanied children were referred to it by the Department of Homeland Security between the start of this fiscal year and June 10. DHS reported that it saw a 28% drop in border apprehensions across all demographics in June compared with the previous month.