How Did Evergreen Trees Become A Christmas Symbol? 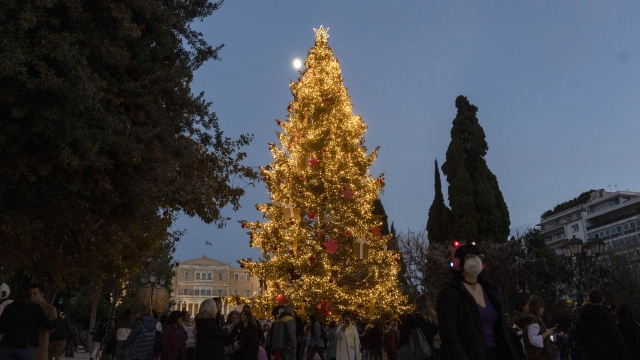 The family of National Lampoon’s Christmas Vacation has an idea — "you see kids this is what our forefathers did, walked down into the woods and picked out that special tree with their bare hands."

Okay, so maybe that’s part of the truth? But, before Christmas, there was winter solstice. During winter solstice, Ancient Egyptians and Romans would adorn their homes with branches from evergreen trees, admiring the trees ability to keep its green hue all year-round.

To ancient people, winter solstice was a chance for the so-called "Sun God" to rest.

And the boughs of evergreens reminded them that all the green plants would grow again when the Sun God was strong.

Christmas trees are being lit up across the country as cities continue decades-old traditions.

But, Christmas trees as we know them, began in 16th century Germany, when devout Christians brought dressed evergreen trees into their homes. And when early German settlers eventually landed in Pennsylvania, the tree tradition came with them.

Initially, it didn’t go over well on new soil.

But in the late 19th century popular German royals, Queen Victoria and her German Prince Albert were sketched in the illustrated London news with their family around a tree.

Now, whether it’s a pine, spruce, or fir, when winter solstice is near, an evergreen tree isn't far behind.