How 'Financially Independent' Will Harry And Meghan Really Get? 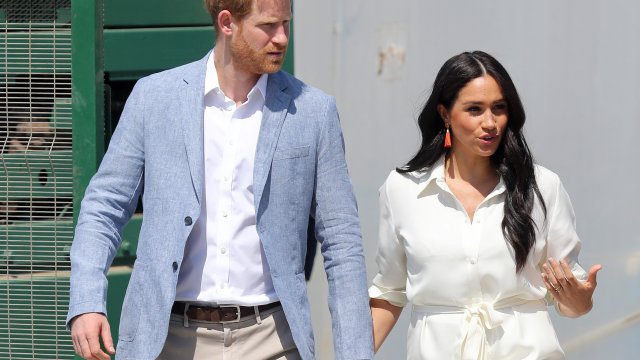 Prince Harry and his wife Meghan, the Duchess of Sussex, say they plan to become "financially independent" of the British royal family.

Prince Harry and his wife Meghan, the Duchess of Sussex, say they plan to become "financially independent" of the British royal family. But how independent will they really end up being?

The couple is currently not allowed to hold actual jobs outside of their royal duties, so they get their funding from two sources.

The first source is Queen Elizabeth II. Each year she hands over the Crown Estate's surplus revenue to the government, in return for a fixed amount of money called the Sovereign Grant. It's used to pay household staff salaries, property maintenance for royal residences and the cost of overseas visits for working family members.

Harry and Meghan have been relying on money from the Sovereign Grant to pay 5% of their official office expenses. But now — funding information released on their website reveals they plan to "release this financial tie."

The other 95% of their office expenses has been funded by Prince Charles' income from his Duchy of Cornwall estate.

But here's where things get iffy. While Harry and Meghan explicitly said they'd stop taking money from the Sovereign Trust except when it's appropriate for royal travel, they didn't say anything about giving up funds from Prince Charles.

Because Harry and Meghan will continue to be classified as "internationally protected people," the Metropolitan Police Service will continue to provide armed security for them when they're in the U.K. That security is paid for by the U.K. Home Office. It's unclear if overseas authorities will similarly pick up the tab for security provided for the couple during the time they're living in North America.

This all being said – it might be a long while before Harry and Meghan officially end their roles as "senior" members of the royal family. The BBC reports the couple didn't consult with the queen before making their public announcement Wednesday.