How Hollywood Captured The Life, Legacy Of Queen Elizabeth II 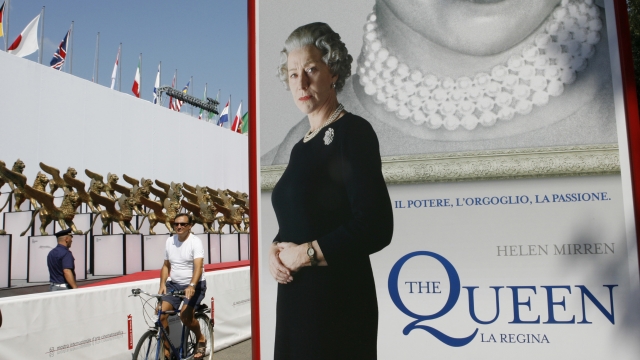 From film to TV, Queen Elizabeth II has been the subject of an array of Hollywood projects and actor's lives.

As the world mourns Queen Elizabeth II, few outside her family will have such an intimate reflection on her life as the women who have put themselves in her shoes.

These are women who swam in the queen's psyche for their portrayals in award-winning films and television series.

Olivia Colman, who played the queen in the latest installments of Netflix's "The Crown," has said Queen Elizabeth had a lasting impact on her world view.

"She's extraordinary," Colman said of the queen to The New York Times. "She's changed my views on everything."

From her early days as a post-war monarch, the queen has been portrayed as a stoic, devoted constitutionalist, abstaining from public debate and devoted to the stability of her country's government.

Her consistency in the face of crisis, from the beginning of her reign to the end, was a source of inspiration for Claire Foy, who told the Los Angeles Times in 2016 she was struck by the queen's grit after the death of her father — the very death that propelled her to the throne in 1952. It's a complicated grief all too relevant to the new king.

"The one person who could tell you how to do the job is dead," Foy told the paper. "...And everyone is looking to you to know what to do, and you're terrified. But she just keeps calm and carries on, and that's it, really. That's the story of her life."

It was that same consistency that captivated Helen Mirren as she prepared for her role in "The Queen." The Oscar winner's portrayal of Elizabeth won praise for both the actor and the woman she portrayed. Mirren later described herself as not a royalist, but a "queenist."

On social media Thursday, the actress said, "We mourn a woman, who, with or without the crown, was the epitome of nobility.”

It was one of tons of loving tributes to the woman who helmed a complicated, controversial institution that enraptured Hollywood for 70 years.