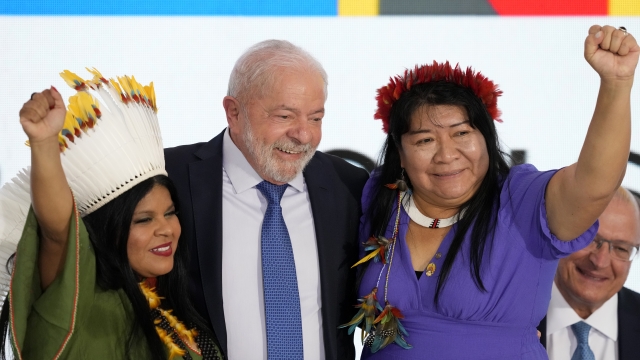 Days after authorities regained control of Brazil’s government buildings the nation is still facing the aftermath and hundreds of rioters have been arrested and jailed. But the country’s reckoning over the attempted coup is only beginning and one question is top of mind: how did Brazil get to this point?

Current President Luiz Inacio Lula da Silva and others point fingers at former President Jair Bolsonaro, and accuse him of encouraging the uprising with false claims of election fraud. The 67-year-old Bolsonaro denies he played a role in the riots. He denounced the violence after the fact. Still, for nearly a decade, Bolsonaro has called into question the reliability of Brazil’s electronic voting machines.

"The deal with the hackers would be to divert 12 million votes from candidate Jair Bolsonaro — to disappear 12 million votes. I repeat, I don't have proof and I don't know if this is true. But that's the story we're investigating," Bolsonaro said.

As president, he doubled down on his criticism — frequently attacking judges responsible for overseeing elections.

"It's not surprising that people thought that they could go inside the buildings of the three branches and destroy everything. If the president himself is challenging democracy on a daily basis and suffers no consequence, why would they?" said Beatriz Rey, senior researcher at Center for Studies on the Brazilian Congress.

Former president Jair Bolsonaro is in Florida as his country deals with riots brought on by his supporters, who want him restored to power.

Domestic authorities, international observers and fact-checkers say Bolsonaro’s voting fraud claims are false. In October, after narrowly losing to his leftist rival Lula, Bolsonaro declined to concede defeat — prompting his supporters to take to the streets and block highways.

Convinced that the election was rigged, Bolsonaro supporters started camping outside the Brazilian army headquarters in Brasilia to demand a military intervention.

"Everything was fine because this was, quote unquote, a peaceful demonstration within a democracy when at the same time those people were asking for a coup," Rey said.

Their leader, though, fled to Florida ahead of Lula’s inauguration.

Despite the tense climate in Brazil’s capital, Lula was sworn in as president for the third time on January 1. He spoke to tens of thousands of his supporters in front of the presidential palace, the very same place that Bolsonaro supporters stormed just a week later.

In the aftermath of the worst attack on Brazil’s democracy in decades, Lula has called on Brazilians to put differences aside and move on.

"Democracy is the most complicated thing for us to do because it requires putting up with others, and living with people we don't like," Lula said.

But for now, a shaken nation braces for the possibility of more political violence.