How Poor Air Quality Can Impact A Child's Education 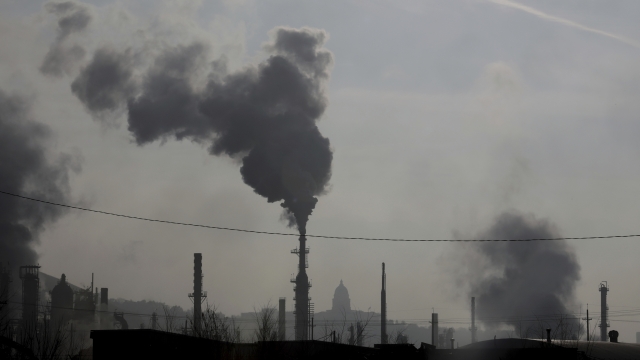 Air pollution affects more than our health — it's also impacting our education system.

The air children breathe may have an impact on their upbringing.

A study from the Harvard T.H. Chan School of Public Health shows certain low-income populations are being exposed to higher levels of dangerous fine particulate air pollution than other groups.

Victoria Petro-Eschler, a mother of three, lives in Salt Lake City, Utah. Her family is all too aware of how the air they breathe affects their daily lives.

"We never have just a quick little 48-hour head cold. We have a cough that starts, and we try to like Dimetapp it out, you know, and then it always settles into their lungs," Petro-Eschler said. "You can't avoid it here. It is part of everything. It determines if my kids get to play inside or outside on certain days. You know, my kids go from one highway that they're in the shadow of for school and another highway that they're in the shadow of at home."

The air quality also determines how often the children are able to attend school.

"My kids have been late for days out of the past two weeks because we have been dealing with chronic coughs and upper respiratory," Petro-Eschler said.

They live on the west side of Salt Lake City, a community with a median annual income of $49,000. An airport, an interstate interchange, a quarry and multiple refineries are their neighbors.

Richard Holman was one of the founding members of the Westside Coalition, an organization that made enough noise about the problem that they gained the attention of the Environmental Protection Agency. While each individual company meets EPA standards, it's the combination that affects nearby residents.

"And it's not difficult to prove what's happening on the west side. These people are compromised," Holman said.

A University of Utah study of 174 Salt Lake City County public schools showed schools with predominantly minority students were exposed to worse air quality. A separate study showed there were more school absences when the air quality was poor.

Harvard professor Francesca Dominici was part of a study that looked at air quality throughout the United States. The study showed that air quality is not just a problem in Salt Lake City.

"The most polluted area is the one that there is a lower socioeconomic status where they have multiple environmental stressors," Dominici said.

Environmental stressors forced Holman to eventually move, out of fear for his health. Those same stressors ignited Petro-Eschler to run for city council.

The EPA is evaluating environmental stressors for the next six months.

"My doctor, when I told her this last time, when I went to get the steroids, I looked at her and said, 'Am I killing my kids by living where I live?' And she looked at me [like] ... she doesn't want to tell me that."