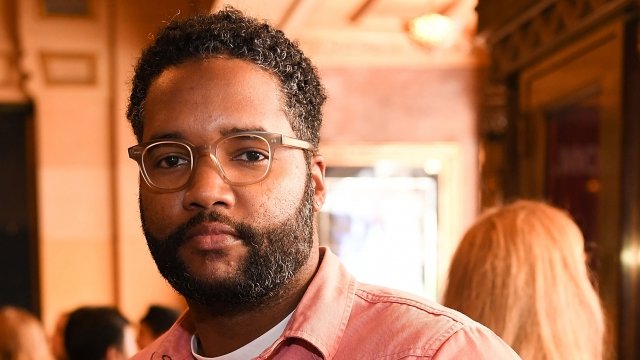 Atlanta-based tailor Carl Ulysses breaks down the fashion of "Black Panther" and how a team of tailors helped Wakandans look the part.

The setting for Marvel's "Black Panther" is Wakanda, a fictional African nation that's technologically advanced and hidden from the outside world. In creating the Afrofuturistic kingdom for the big screen, Wakandans had to look the part.

Oscar-nominated costume designer Ruth Carter, who has worked on "Malcolm X," "Amistad" and "Selma," insisted on representing native African garb in her designs.

"I love the Maasai tribe, you know, the beads, the stacked beads on the neck," Carter said.

'Black Panther' Could Have A Record-Crushing Box Office Debut

Analysts predict the Marvel film could earn as much as $170 million over its four-day opening weekend.

And to do that, she assembled a team of designers, illustrators, jewelers and tailors to execute her vision — including Carl Ulysses.

Ulysses, an Atlanta-based tailor, has a resume that includes ...

He worked alongside a handful of other tailors for five months and nearly 70 hours a week to bring Carter's vision of Wakanda to life. At times, he added his interpretation to 2-D designs to create functional costumes, like shorts, for Chadwick Boseman's T'Challa, who is the Black Panther.

"It can't just be something I made and then he can't put it on," Ulysses said. "It has to be something that is wearable."

Ulysses also tailored outfits for other characters, like the river tribe elder. And at times, he even collaborated with the costume designer herself.

"She's, like, really big in the movie industry. So, you kinda go to her and you're like, 'I don't want ... we're not really on the same level so I don't want to talk to you like we're designing this together.' But she's so cool," he said.

Ahead of the movie's release, Kevin Feige, the head of Marvel Studios, told Vulture that "the resources devoted to this movie are equal to and in fact surpass our last couple of movies."

According to Variety, the movie cost $200 million to produce with an additional $150 million for marketing. That budget had a positive impact on the film's costume design.

"I've never worked on a movie where this many costumes were made. ... We used fabrics that ... I wouldn't have been able to afford to make just one! ... I could use whatever I saw in my mind and thought that I needed in order to bring this vision to life that they had," Ulysses said.

But aside from working on a big-budget Marvel movie and raising his profile as a tailor, Ulysses' biggest takeaway is the opportunity to inspire younger "Black Panther" fans.

"I knew that I was going to be able to change the lives of children, and that's the biggest thing to me," he said.