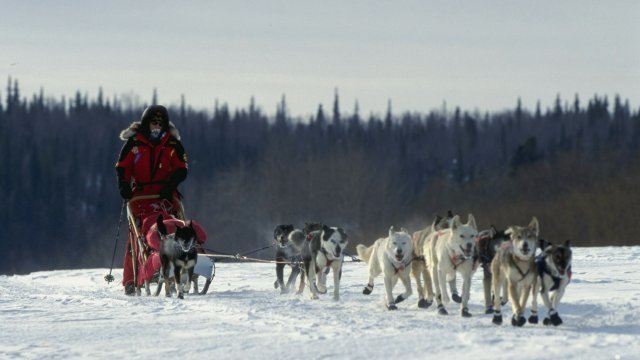 Several dogs tested positive for a banned drug for the first time, but the person responsible may not get punished.

For the first time, several dogs tested positive for a banned drug in the Iditarod sled race in Alaska. That prompted a new rule change by the Iditarod Trail Committee.

The committee said it changed the rule to shift the burden of proof for going after positive drug tests from the committee to the musher. The new rule holds the musher "strictly liable for any positive test" unless they can prove they had no control over drugs found in the dog's system.

The committee board said in this case, it likely won't be able to prove intent, so it's unclear if the responsible party will face any punishment. All the drugged dogs came from a single musher's team.

The 'Greatest' (Or 'Cruelest') Show On Earth Is About To End

The Ringling Bros. and Barnum & Bailey Circus is performing its final show on Sunday.

The trail committee said it won't release the name of the musher "because of the sensitivity of this matter."

The dogs tested positive for Tramadol, a class IV opioid.

The Iditarod began testing dogs in 1994.