If EgyptAir Crash Is Terrorism, Why Has No One Claimed Responsibility? 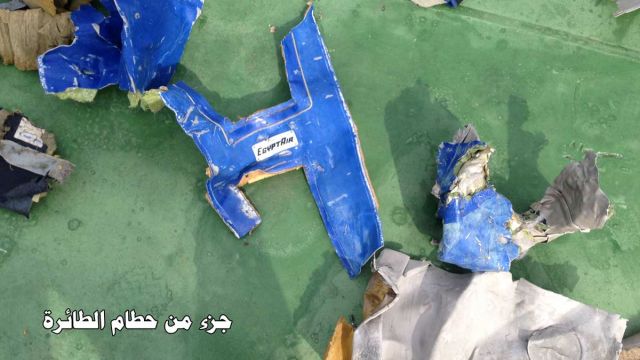 It's rare for a terrorist group to wait more than 36 hours to claim responsibility for an international event.

It's been four days since EgyptAir Flight 804 crashed into the Mediterranean Sea. In the immediate aftermath, some were quick to blame terrorism.

The Egyptian aviation minister said a terrorist attack was more likely than a technical failure with the plane, and GOP presumptive nominee Donald Trump tweeted, in part, "Looks like yet another terrorist attack."

"We know from the sensors there was smoke in the avionics bay and the lavatory. We know that a rapidly compounding problem in the computers and the windows opening to the sky, those kinds of circumstances could be explained by a terrorist attack," Rep. Ed Royce said on ABC's "This Week."

"Right now, the indicators are that, if you tip the scales, it's toward terrorism. But the longer it goes without responsibility being claimed, it also could be a malfunction on the plane itself, an electrical malfunction," Rep. Pete King told CNN's "State of the Union."

And that point is an important one. Looking back at recent attacks around the world, terrorists groups have been quick to claim responsibility.

"It's actually quite rare for ISIS, among other groups, to take more than 36 hours to claim credit for a major international terrorist incident," terrorism expert Evan Kohlmann said.

The attacks in Paris happened on a Friday evening in November 2015, and ISIS claimed responsibility the next day.

Gunmen attacked a hotel in the capital of Burkina Faso on Jan. 15, and two groups, Al-Qaeda in the Islamic Maghreb and Al-Mourabitoun, immediately claimed joint responsibility.

In the first few days since the EgyptAir flight crashed, no group has claimed responsibility. That's not to say no one will, but until the plane's black boxes are recovered, many questions remain.

This video includes images from Getty Images and the Egyptian Ministry of Defense, clips from BBC and Al Arabiya and music provided courtesy of APM Music.