Illinois governor bans the possession or sale of semiautomatic weapons 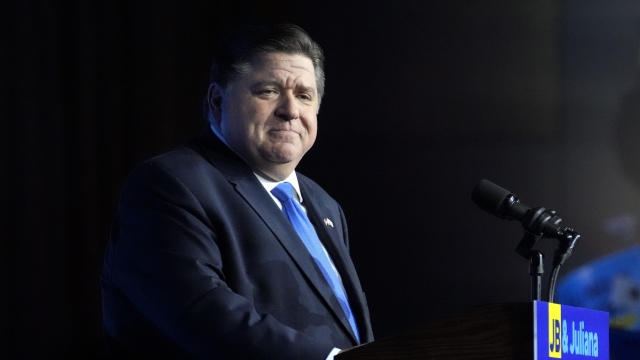 Illinois' state ban on semiautomatic weapons is only a few days old. Legal challenges are in the works.

Illinois banned the sale or possession of semi-automatic weapons this week, becoming the ninth state, along with Washington D.C., to enact such a ban. More than two dozen sheriffs say they refuse to enforce it because it’s unconstitutional. Governor J.B. Pritzker says state police will enforce it or they won’t have a job.

Under the law no rifle will be allowed to accommodate more than 10 rounds, and handguns will have a 15-round limit. People who already own such guns will have to register them with the state police. The measure comes in response to the mass shooting last year at the Highland Park Fourth of July parade. The suspect allegedly fired 70 rounds into the crowd. Seven people were killed and dozens more were wounded. Authorities said the rifle used in the shooting was similar to an AR-15 and was legally purchased.

The payment networks said they would adopt the International Organization for Standardization's new merchant code for gun store sales.

"Hospitals, high schools, homes, parades, offices, there’s no place, geographic or otherwise that’s been spared from the threat of gun violence. Whether it's ghost guns, high powered semi-automatic rifles, or modified rapid fire handguns, dangerous weapons are putting families and law enforcement at risk.  I'm a firm believer that government functions best when we look for compromise, but I'm done with the NRA having its way when it comes to mass shootings," Pritzker said.

Democrats who crafted the legislation insist it balances safety concerns with the Second Amendment right to bear arms — but Republican lawmakers disagree.

"So you can sit here and dictate whatever you want today. Maybe the political winds are in your favor here today. But I can tell you that we will not comply and you’re not going to do a darn thing about it because the law, the Constitution and the founding principles are on our side," said Rep. Blaine Wilhour.

As debate ended, the House Speaker declared to critics, "see you in court." In a letter to state leaders the Illinois State Rifle Association responded, saying "challenge accepted." The organization is soliciting plaintiffs for a lawsuit it will file with other gun rights groups.