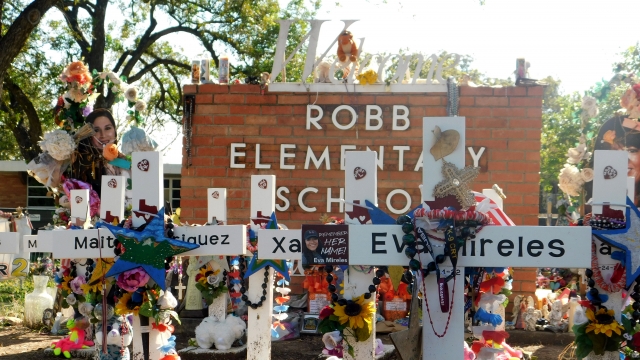 Uvalde, Buffalo, Highland Park, Colorado Springs and Chesapeake are just five of the cities devastated by mass shootings this year, joining the grim and growing list of places now synonymous with gun violence.

"I promise you, I promise you. You do not want this to happen to you. I promise," said Angel Garza, whose child died in the Uvalde shooting.

And it's not just mass shootings, though by one count there were 641 this year. In 2022, all types of gun incidents ravaged Americans, particularly children.

According to the Gun Violence Archive — a research group tracking gun incidents — more than 6,000 children 17 years old or younger have been injured by gunfire this year. That's the most ever recorded.

Of those, over 1,600 died, including 19 elementary school students killed in May in Uvalde, Texas.

Mike Bryant, who is the executive director of the Archive, tells Newsy the increase in gun violence hurting teenagers is driven partly by a growth in micro gangs, who have easier access to guns..

President Biden hosted hundreds of guests on the South Lawn, including a bipartisan group of lawmakers who crafted and supported the legislation.

The grim statistics comes at a time when the leading cause of death for American children is already gun violence, surpassing car accidents in 2020.

Pressured by gun safety advocates, Congress in June passed the most significant gun law in 30 years.

The legislation bolsters background checks for young buyers, makes it harder for domestic violence offenders to obtain firearms and incentivizes states to enact "red flag" laws to remove guns from those deemed a serious threat.

But relatives of shooting victims are calling for a full ban on so-called assault weapons.

"Still not enough. Still not enough," he said. "Our work continues to limit the number of bullets [that] can be in a cartridge, the type of weapon that can be purchased and sold."

Though the gun violence picture in America is dire, there's a tiny silver lining.

Slightly fewer people died of gun violence in 2022 compared to 2021, which was a particularly bad year.

Here in Chicago, and in other large cities like New York, homicides and shootings are significantly down from last year — though still historically high.