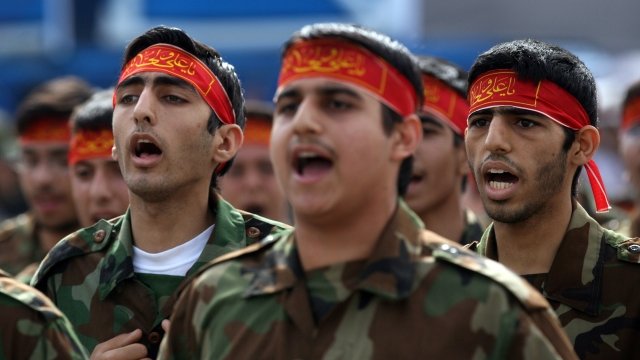 The vote was nearly unanimous. The bill will have to pass another vote before it's approved.

If approved, the bill would give additional funds to the Revolutionary Guard Corps' expeditionary force fighting in Syria and Iraq.

It would also set aside money to develop its ballistic missile program. But Iran's top nuclear negotiator says the bill doesn't do anything to violate the 2015 agreement aimed at curbing Iran's nuclear missile program.

The Trump administration recently renewed that deal. But Trump has been critical of it; he signed new sanctions in early August against Iran for human rights violations, its missile program and alleged support for regional terror groups and militias.

Iranian President Hassan Rouhani, in turn, called the sanctions a violation of the deal and said it was proof "that the U.S. can't be trusted." The recently re-elected Rouhani said, "Iran will not be the first to pull out of the nuclear deal, but it will not remain silent about America's repeated violations."