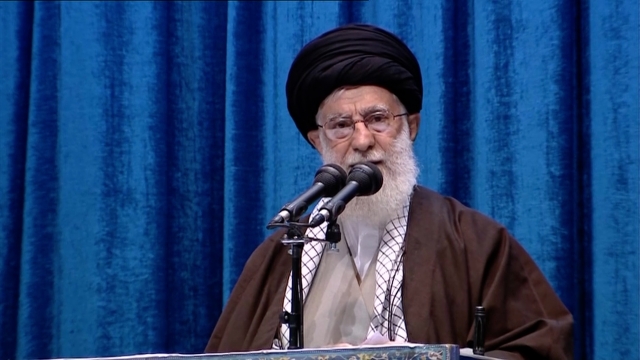 The speech comes a little over a week after the country launched missile strikes on two air bases housing U.S. and coalition troops in Iraq.

Iran's supreme leader, Ayatollah Ali Khamenei, delivered a rare public sermon to his nation Friday. It's the first time he's led the weekly prayer in eight years, and he used the opportunity to defend his use of military force against the U.S.

It comes a little over a week after the country launched missile strikes on two air bases housing U.S. and coalition troops in Iraq. He said God supported the attack and called the U.S. an "arrogant power."

He offered condolences to families of passengers killed in the accidental Iranian attack on a Ukrainian airliner.

Khamenei has been the prayer imam for Tehran's Friday Sermons since 1980 — almost a decade before he became supreme leader. But since he's been in the nation's top leadership role, Khamenei's appointed several temporary clerics to deliver the message for him.