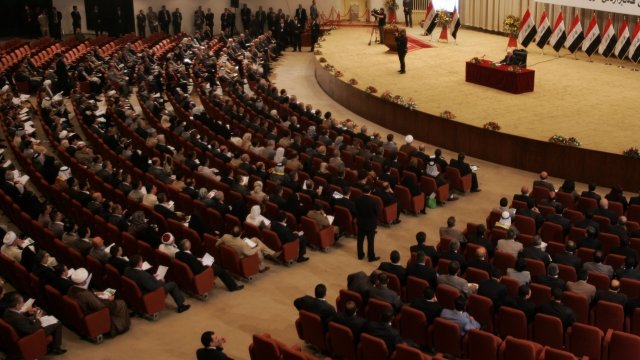 The prime minister pointed to discrepancies in electronic ballot-counting machines and "unprecedented" violations.

Abadi's coalition came in third; the largest vote-winner was a coalition led by Shia cleric Muqtada al-Sadr, who ran on a populist, anti-corruption message and in opposition of international influence on Iraq.

Abadi blamed an electoral commission for most of the problems and banned some commission members from leaving the country. That commission has been fired, and parliament replaced current members with judges.

Part of the issue, according to Abadi, was discrepancies in electric ballot counting machines, which have never been used in Iraq and weren't tested before the election.

The recount will not include votes from Iraqis displaced by violence in the region or those living overseas.