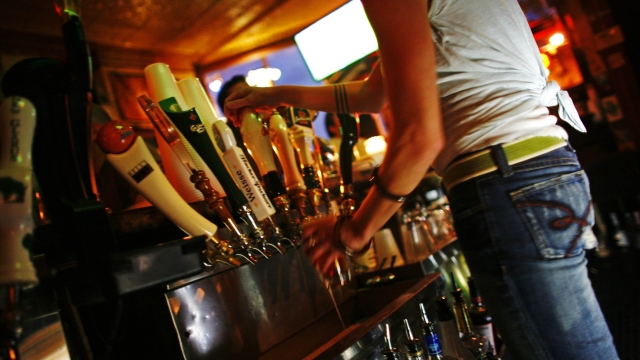 Since 1927, selling alcohol has been illegal in this country during the Christian holiday.

For the past 90 years, people in Ireland haven't been able to go out and grab a pint of beer on Good Friday.

But that might change next year. Irish legislators are pushing forward a bill that would allow alcohol sales on the Christian holiday.

The Roman Catholic Church pushed for the government to pass the religious-based ban in 1927. The ban also made alcohol sales illegal on Christmas Day and St. Patrick's Day.

Ireland repealed its ban on St. Patrick's Day sales more than 40 years ago as the holiday became more commercial.

Soon You Can Smoke Weed At Denver Bars And Restaurants

It's the first U.S. city to legalize marijuana use at public establishments.

The country's population is still predominantly Catholic, but the numbers are dropping. In 2011, 84 percent of the population identified as Catholic. That dropped to 78 percent five years later.

Some worry alcohol abuse might rise if the Good Friday ban is lifted.

A project coordinator for an Irish abstinence association told The Irish Times that "two days out of 365 is not too much to ask."

Other countries have similar Good Friday restrictions on the sale of alcohol, including New Zealand and parts of Australia.