Israel Is Literally Going Underground To Keep Hamas Out 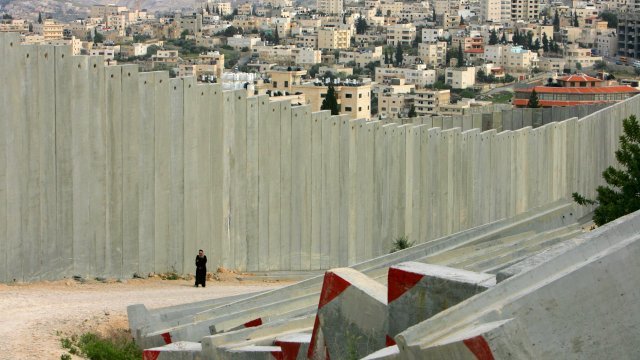 Israel is building an underground barrier along its border with the Gaza Strip to prevent Hamas from using tunnels in and out of the area.

Israel wants to strengthen its border along the Gaza Strip, and militant group Hamas isn't happy about it.

Israel's border is already pretty secure on the surface, but the Israel Defense Forces are building an underground barrier to block Hamas's tunnels into the country.

Hamas used underground tunnels during the war in 2014 to sneak up on Israeli soldiers. Since Israeli forces learned about the tunnels, they've tried to destroy them.

An Israeli military official says he has coordinates for two Palestinian buildings that are entrances to the tunnels. Hamas spokesman Fawzi Barhoum called the claims "lies and fabrications" to tarnish the Palestinian image.

According to local media, Hamas said Israel's underground barrier is an act of war. An Israeli military official told reporters, "If Hamas chooses to go to war over the barrier, it will be a worthy reason (for Israel) to go to war over. But the barrier will be built."

The sensor-equipped wall will cost Israel over $1 billion, and the country says it hopes to complete it within two years.