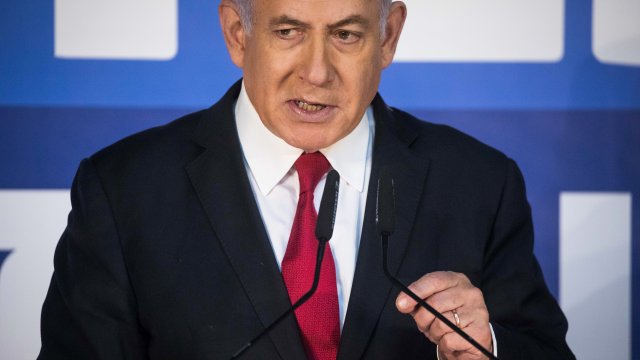 The pre-trials start as talks between Netanyahu and rival Benny Gantz to form a unity government fall through.

One of four pre-trial hearings kick off to determine whether or not he'll face charges of corruption.

The potential charges come from three separate criminal cases stemming back to 2011:

One alleges Netanyahu of exchanging regulatory favors to the shareholder of an Israeli telecom giant for favorable coverage.

The second alleges the prime minister and his family accepted lavish gifts in exchange of a tax loophole for Israelis who live abroad and come back to the country.

The third case alleges Netanyahu offered advantageous law for a newspaper in exchange for favorable coverage.

The country's independent Attorney General Avichai Mandelblit said he'd indict the country's longest-serving prime minister back in February. So the arrival of these hearings have been a long time coming.

Netanyahu denies the allegations and has described the hearings as a "witch hunt."

If indicted, the prime minister could seek a plea bargain, but one of his lawyers said not to expect the move.

The pre-trial's timing intersects with another setback for Israeli politics.

Talks between Netanyahu and his rival Benny Gantz to form a unity government fell through.

This comes after a close election ended in a deadlock last month.